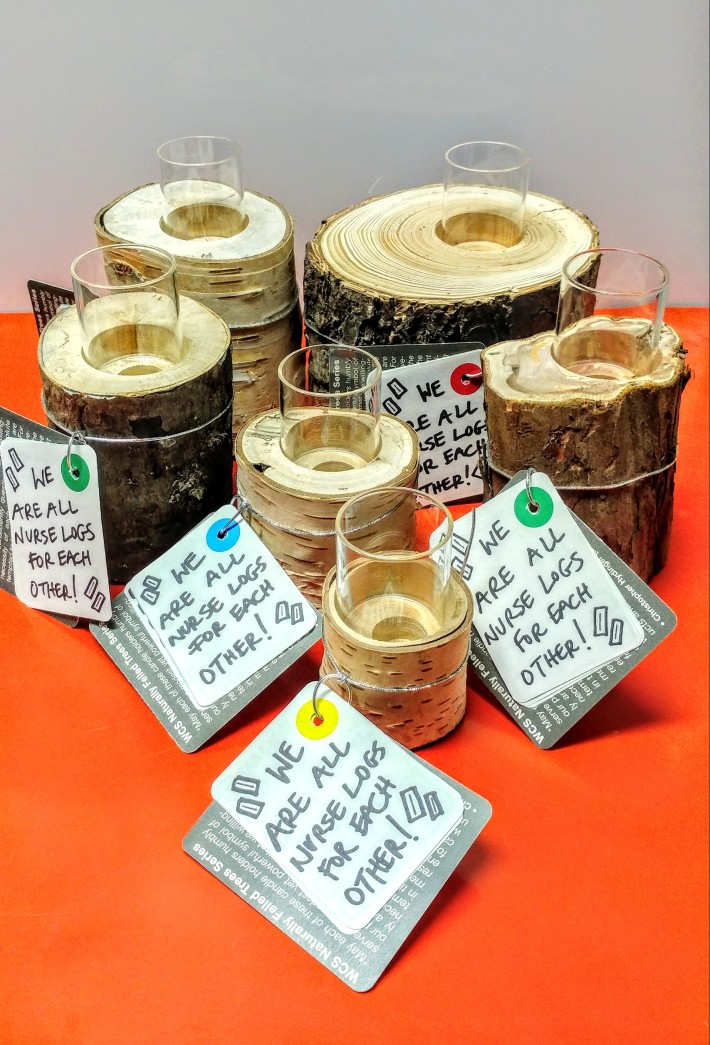 What was your inspiration for this series?

The WCS Naturally Felled Trees Series was initially conceived in the wake of reading Cradle to Cradle: Remaking the Way We Make Things by William McDonough and Michael Braungart, and more specifically by the following thoughts: “What would the most eco-responsible product look like? What would be its function? How would it be created?” From that philosophical exploration eventually came concrete guidelines. And from those guidelines, this series.

Are there any other influences that also played a role in creating those guidelines?

I have perpetually been drawn to and therefore influenced by the principles of the Arts & Crafts movement. And with this series I have consciously leaned on one of its principles by allowing a uniqueness of form to organically permeate the production process. The size, natural features, production marks and hole placement are all improvised as each candle holder is being created.

Oh, interesting… so that each becomes individualized because of the process itself?

Pretty much. Also, this not only imbues them each with a sense of joyful spontaneity but contributes to my personal and professional satisfaction as the conductor of it all, the sole witness to each one taking on its personality and charm. 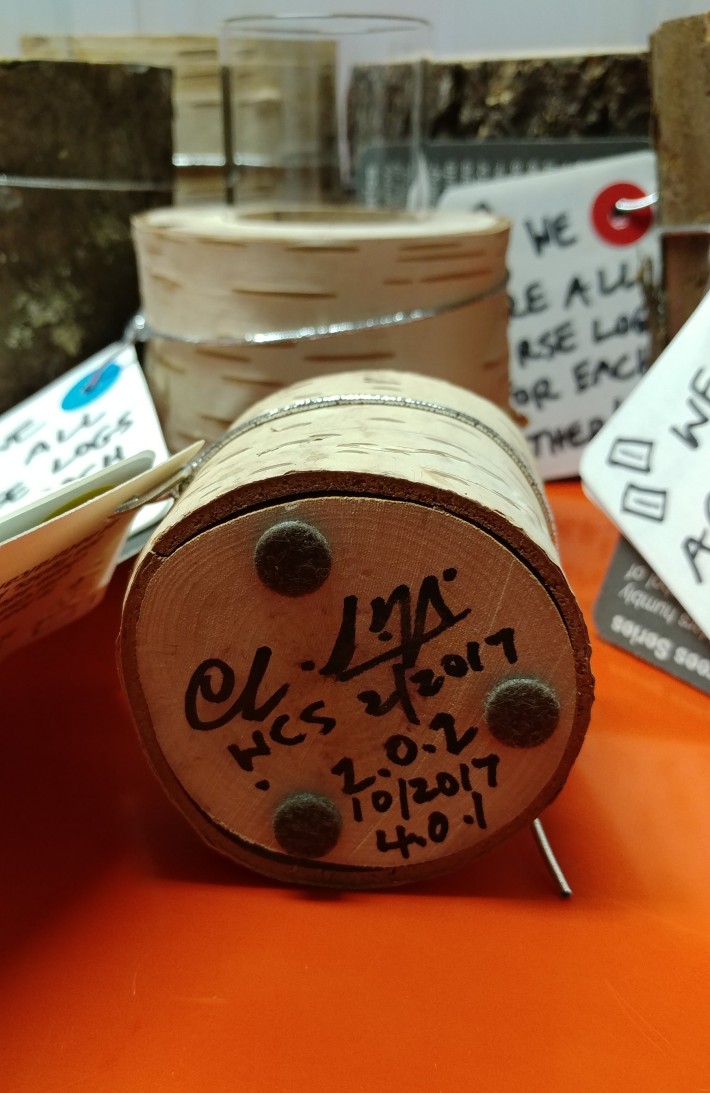 Each candle holder is also hand signed and dated according to the month and year it was completed. I find this very important.

The hand-signing, to be precise. It’s the mark of the human touch, the reminder that a person was ultimately responsible for this product as much as the owner of it now is post-purchase.

So, you consider these products first and art-objects second then?

Wow… good question. I consider them both, simultaneously. Neither of which really being able to be wholly separated from the other. They are fully functioning art-objects. Romantic art-objects at that, I hope.

I really enjoy the dynamic between the wood itself being so historically associated with fire and things that we burn to stay warm and the fact that the design weaves that idea so intimately with the function of the candle as intimate source of light.

Thanks… that was done very much intentionally. Almost as if to impress, “in the face of what appears stressful, I will remain calm.” Transparently speaking, with the flame being just about as close to the wood as you could safely have it, I would go so far as to say that this design inherently asks its owner to face that idea each time they use it. In fact, the first name for this series was Meditation Candle Holders… a direct reflection of the above sentiment. 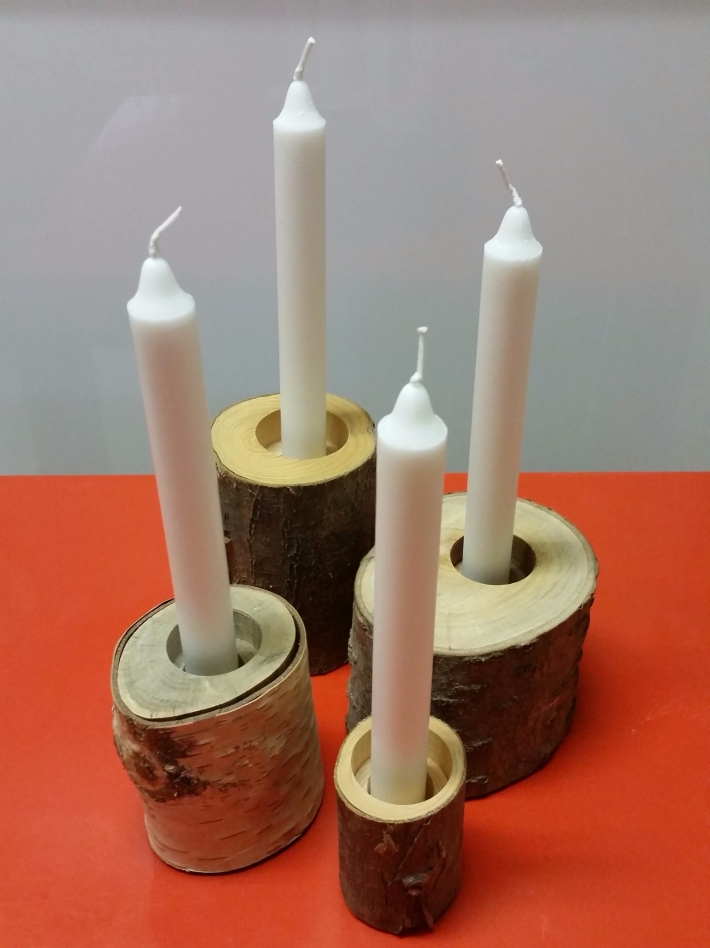 Where do you obtain the wood?

It’s very random actually. They feature many varieties from all over the greater metropolitan Seattle area… including select logs recovered from the Woodland Park Zoo after a severe storm. But how and when I obtain those woods doesn’t consist of a regular schedule or a harvesting of any kind. Some I obtain through my landscape design & gardening work, some I discover while passing through a neighborhood and spotting a downed tree or a branch that’s about to collapse for one reason or another. Why… do you have a good lead on some Himalayan birch or walnut?

So, they’re not pariffin-based candles?

You know, I don’t think people are fully aware of how candles work. The wax doesn’t just disappear… it just becomes very tiny, and then it falls onto and into everything around it. And that includes being inhaled into your lungs. And that is where things become seriously health-negative. It’s funny, there are restaurants and spas lighting those things up all over the place. It’s just a matter of time before people understand the facts about paraffin-based candles and choose to purchase candles like the ones GoodLight Natural Candles offers. It’ll just require an active consciousness shift. 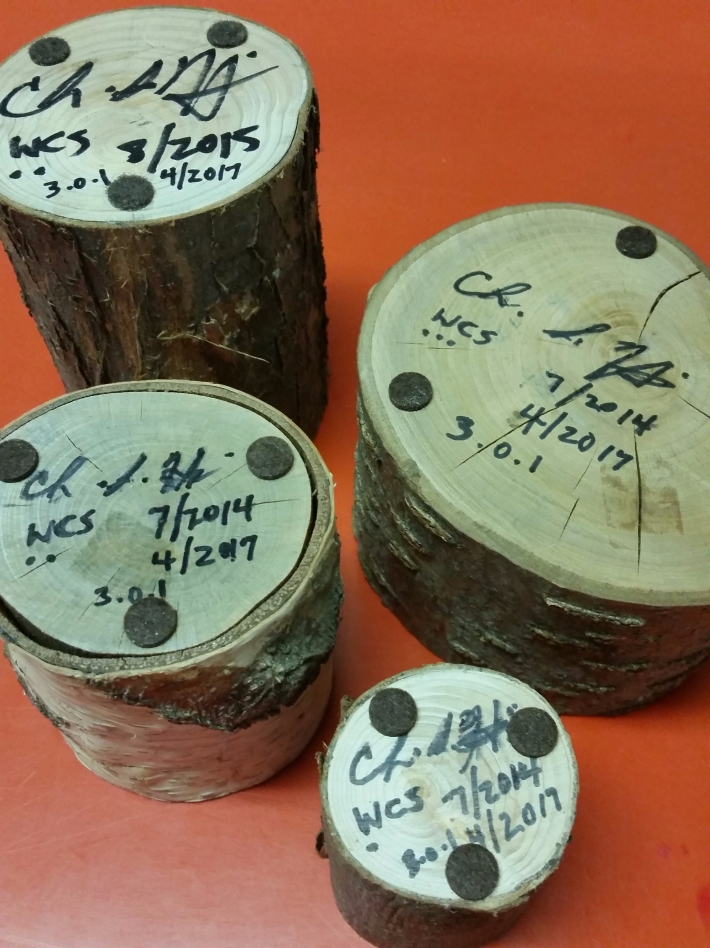 Where are these currently available for purchase?

They’re currently available exclusively through the Columbia City Gallery (Seattle, WA) and the Bellevue Arts Museum (Bellevue, WA). Each comes with one palm wax tea light candle (so that you’re able to enjoy it immediately while your extra palm wax tea lights and tapers are being locally sourced or are in the mail (hint, hint)), some handmade tags disclosing real and not-so-real features and benefits and a printed card briefly explaining the philosophy behind the design and how to obtain more palm wax tea lights and tapers from GoodLight Natural Candles as well as how to learn more about other WCS projects. 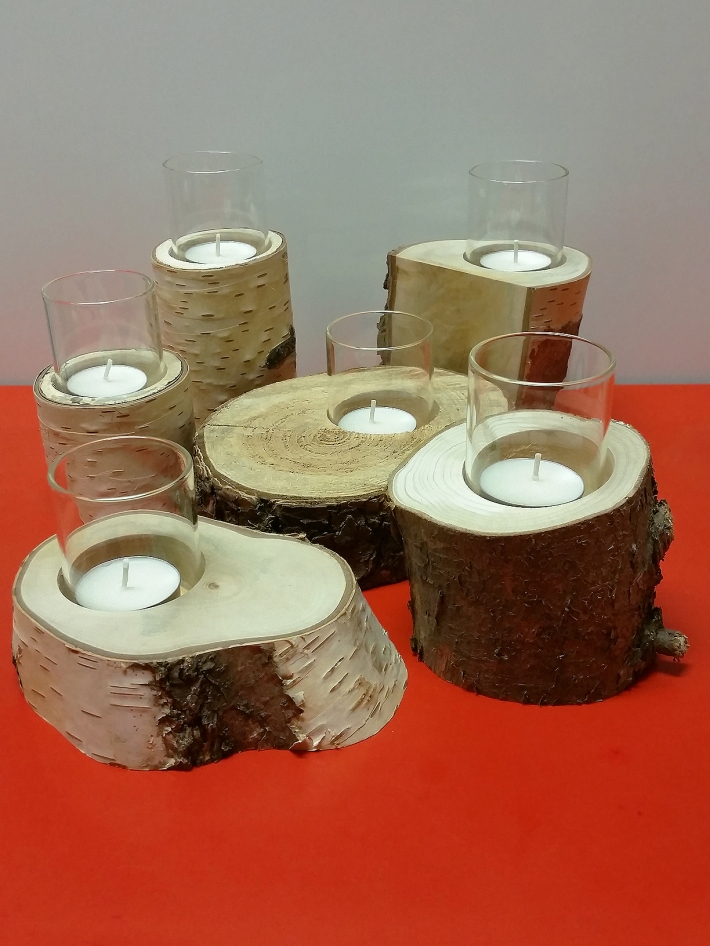 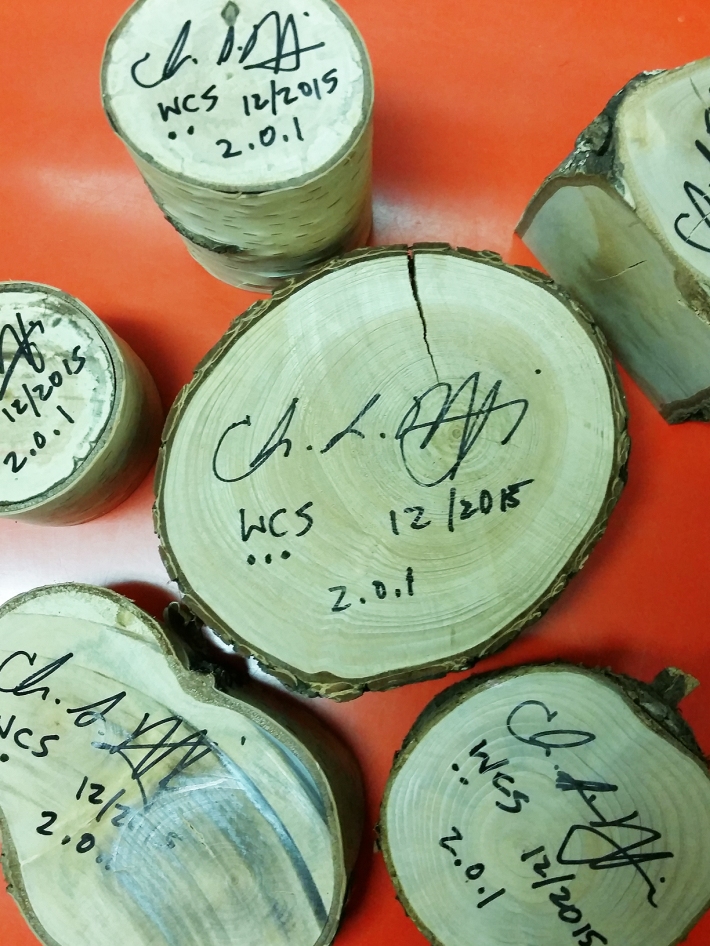 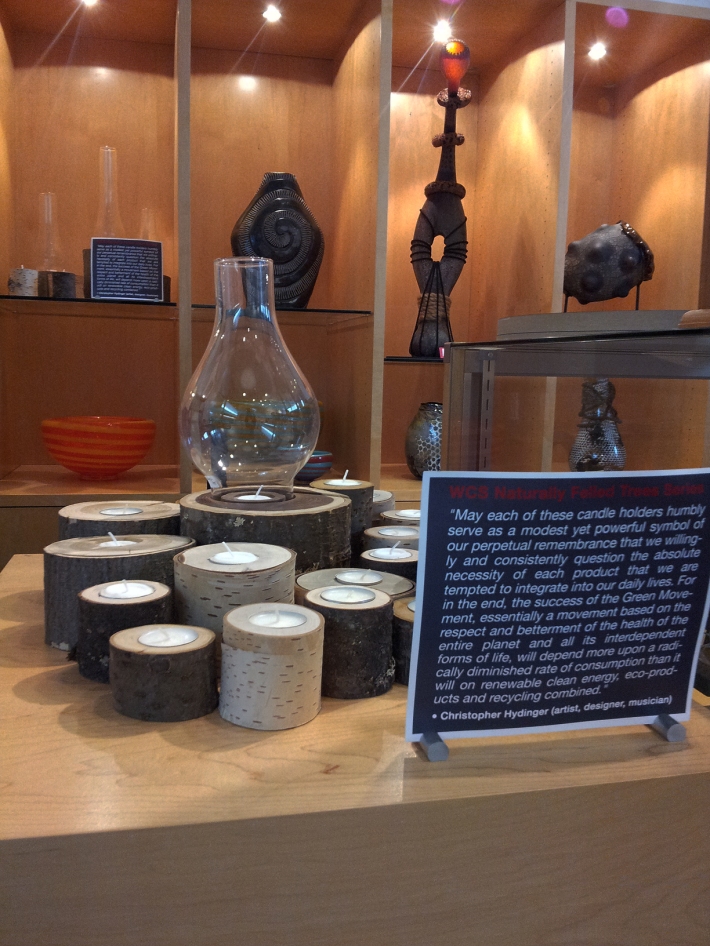 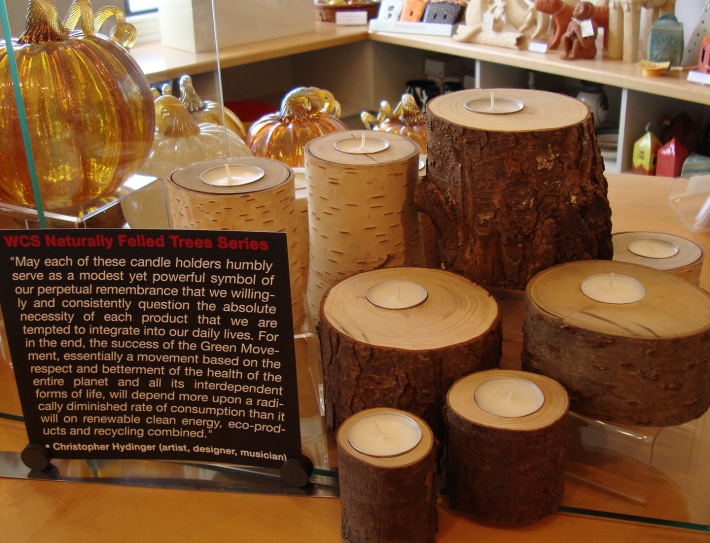 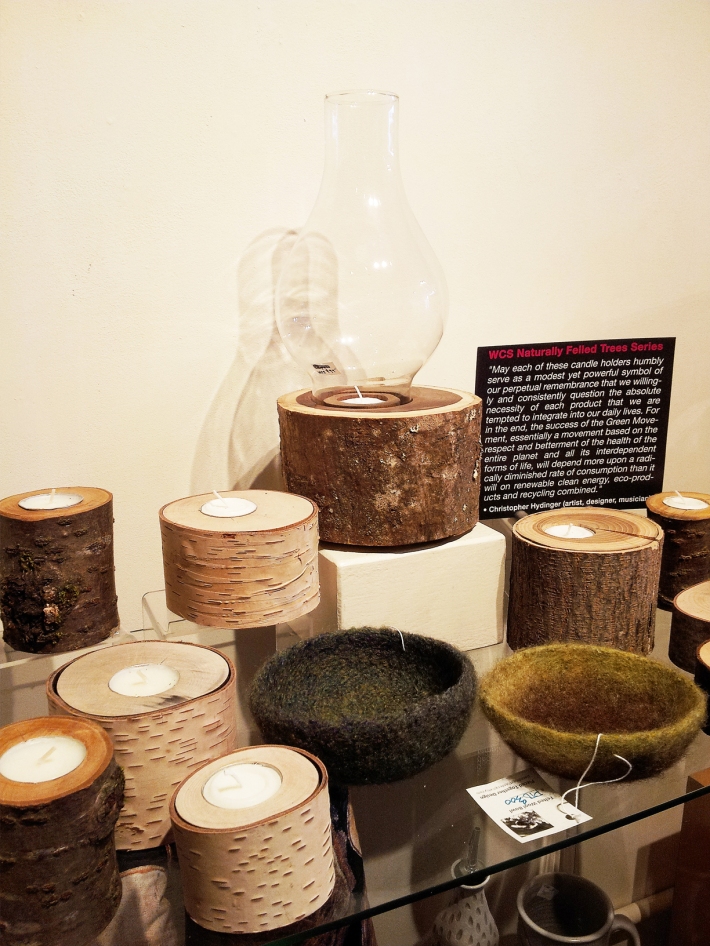 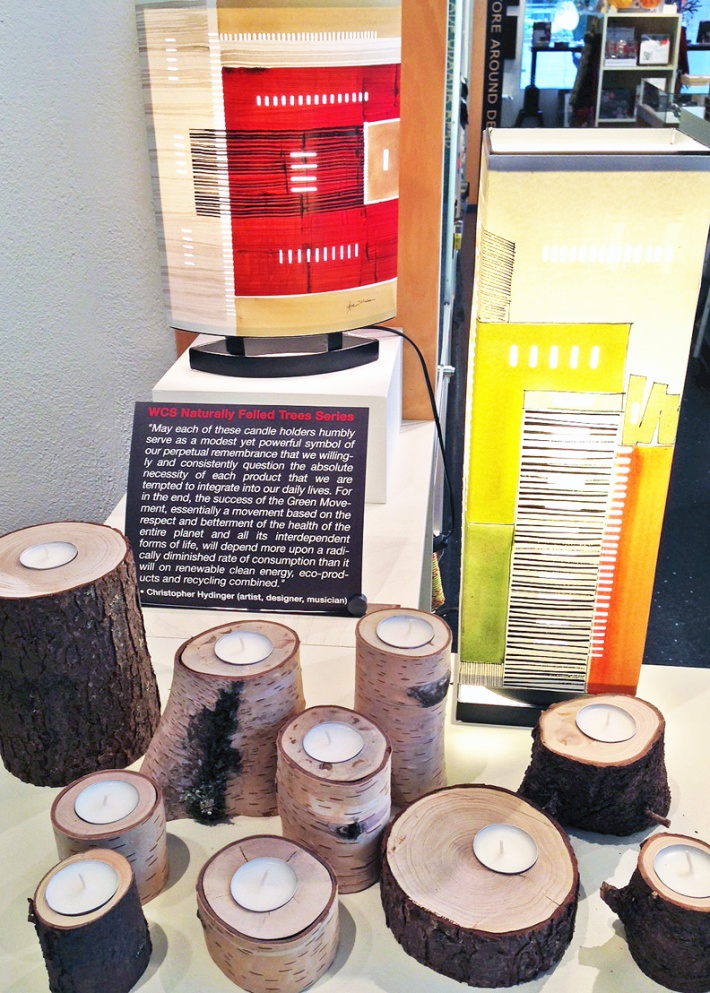 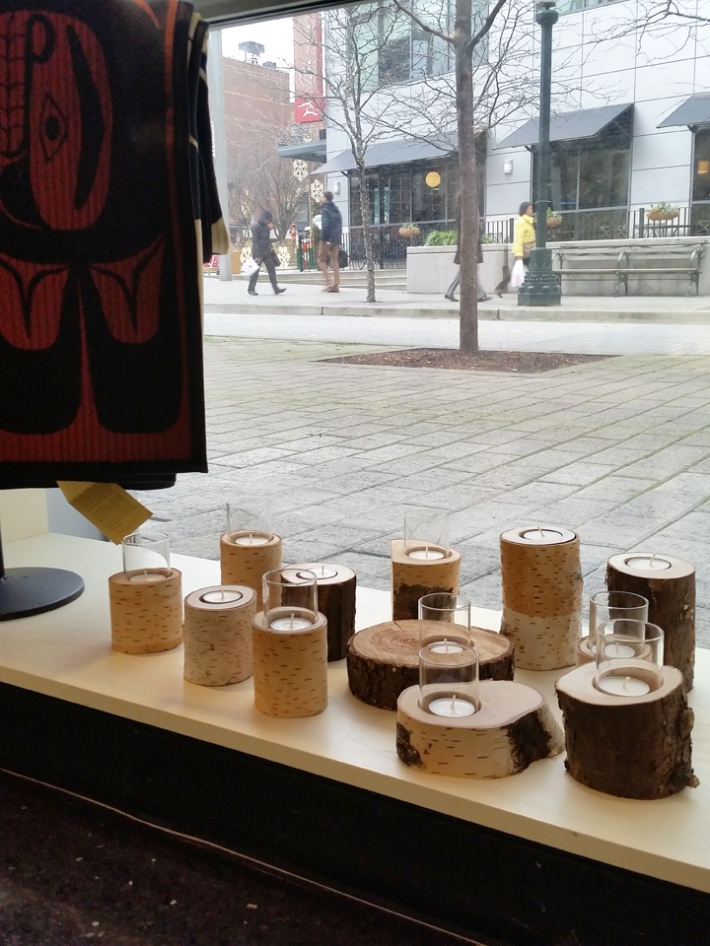 The following is the text featured on the takeaway card provided free with every candle holder purchased:

“May each of these candle holders humbly serve as a modest yet powerful symbol of our perpetual remembrance that we willingly and consistently question the absolute necessity of each product that we are tempted to integrate into our daily lives. For in the end, the success of the Green Movement, essentially a movement based on the respect and betterment of the health of the entire planet and all its interdependent forms of life, will depend more upon a radically diminished rate of consumption than it will on renewable clean energy, eco-products and recycling combined.”

• this link to the main page is LEED certified

About WCS Art and Design